My artistic research has always been about those aspects that seem to transcend sensory reality. I don’t seek perfection of form or proportion, nor any kind of likeness, in my portraits. It is indeed my wish that they be able to express the emotions and feelings hidden behind them through the essentiality of my stroke. In what could wrongly be called abstracts however, I look for a plausible representation of reality, although not directly tangible through our five senses. My paintings could be seen as an attempt to capture the human soul and its yearning, hidden deep within, to ascend and to transcend. At this point in my research I feel the need to seek out and confront Leonardo da Vinci, who is considered the first and one of the greatest investigators of emotion. Our dialogue mostly develops on the subject of introspection as well as on the purely technical one of his “Sfumato”. In my paintings I’ve tried to follow in his footsteps, trying to understand how this technique came to be by aligning on the same range of colors he used. I find it peculiar that this precise technical aspect helps us underline the concept that emotional reality unravels through slight tone passes, and that the whole world is a marvelous shade on the boundaries between what can be touched by the hand and what can be felt by the soul. The colors on Leonardo’s portraits are well in line with my own theory on chromatic symbolism, which I’ve developed in the last few years and which has brought to a substantial reduction of my color palette, bringing it down to two main symbolic colors: Burnt Sienna (brown) and Roman Ocher (gold). Burnt Sienna (and it’s stretch to many shades of brown, bistro and black), calls for an earthly, material, sensory and corporeal symbolic context. Roman Ocher, and gold especially (both of which serve to light my portraits), are symbols of divine light and, as an extension, of the spiritual side. Gold, in particular, is a representation of spiritual light: a symbolic algorithm which binds the golden skies of Gothic altar pieces to the lighting of orthodox icons and even to the alchemical search for gold, which was but a way to seek spiritual enlightenment. The shadows in my portraits are then not simply the absence of light but also a symbol of an element that is material, corporeal and tangible through the subject’s five senses. In the same way the brights don’t just give vibe to the portrait’s features but carry the meaning that a person’s essence is not limited to the physical body: it has a spiritual side that inhabits that body and moves it. This aspect is not directly tangible through our five senses and can only be, though very elusively, felt. To better express this I’ve chosen to leave the bright parts to a light sketch that can only be glimpsed, for I believe this better suits the features of our spiritual side. From a technical point of view this brings me to a complete overturn of traditional painting, which instead leaves light, not shadow, with the essential task of defining reality, through gradual illumination of body and mass. All of this means to point out that my dialogue with Leonardo da Vinci, five long centuries from his death, is not limited to the replica or renew of some of his works, but passes through the study of his technique and the understanding of his intent to capture emotions. Both of these endeavors intertwine with my personal interpretation of the world and, of course, my artistic research. 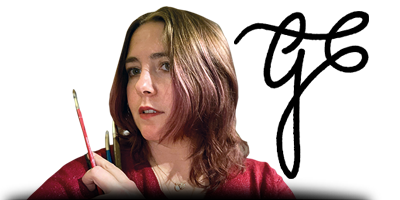 Between Heaven and Earth Your Face